To visit the website of the 2021 annual report, you must be at least 18 years old. That’s why you need to enter your date of birth below. 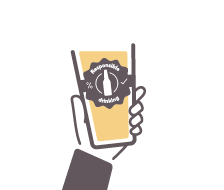 As a family business, we feel responsible for the world around us. The responsible use of alcohol is definitely a part of that. The importance of responsible drinking is something we actively communicate to all our employees, business partners and customers. In this we collaborate closely with other parties and sector associations. As an enterprising brewer, we also innovate in the area of non-alcoholic and low-alcohol beers. 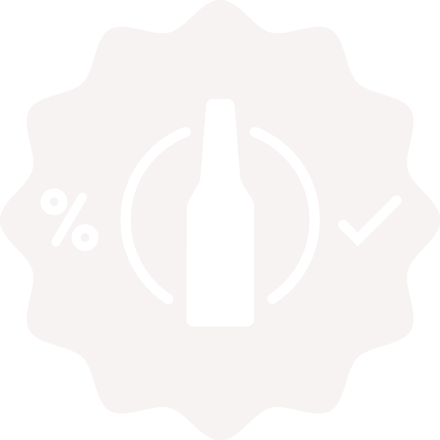 In 2021, we renewed our code of conduct and made it more accessible. This code contains family rules. Through a major campaign, we introduced our employees to the new code in all the countries where we operate. The first rule of the code is that we use alcohol responsibly. This manifests itself, for example, in our get-togethers and celebrations for employees.

We consider it a matter of course to operate in accordance with the internationally applicable Responsible Marketing and Communications Code, introduced in 2019. It states, among other things, that we provide all our packaging with clear pictograms warning of the dangers of alcohol consumption. In addition, we only aim our campaigns at people who are of legal age (minimum 18 years), even in countries where no minimum has been established. The marketing code is known to all colleagues in marketing and sales and their agencies. We’ve observed that the online landscape is evolving at a rapid pace and new channels are emerging for which our code may not always cover the overtones. Therefore, in 2022, we will re-examine our marketing and communications code and refine it where necessary, based on developments in areas such as online advertising.

In 2020, we invested in a new brewing installation for non-alcoholic and low-alcohol quality beers. In 2021, we reaped the benefits of this as our portfolio of non-alcoholic and low-alcohol beers continued to grow. In the Netherlands, we introduced the world’s first non-alcoholic Trappist beer: La Trappe Nillis. We also launched Cornet Alcohol-free; a strong blond beer with only 0.3% alcohol. Our brewing installation makes us flexible in brewing a wide range of non-alcoholic or low-alcohol beers, without losing the characteristics of the alcoholic beer. In addition to several varieties of 0.0% beer that taste like lager, the brew-kettles also produce 0.0% white, Radler, amber and Trappist beer and strong blonde low-alcohol beer. With this, we offer the beer drinker a fully-fledged alternative in the non-alcoholic segment, even when it concerns specialty beers.

On 1 July 2021, a new Alcohol Act came into force in the Netherlands. It stipulates, among other things, that discounts of more than 25% on alcohol are prohibited. The new act replaces the Licensing and Catering Act. In addition, reselling has now become punishable and additional measures apply to the online sale of alcohol. This obviously had consequences for our way of communicating with the consumer; where supermarkets were concerned, we had to find a creative way of drawing attention to our beers. In E-commerce, it also affects the way in which we organise the sale of beers via our web shops.

As a member of the Nederlandse Brouwers (Dutch Brewers) sector association, we jointly bear responsibility for a responsible advertising code for alcoholic beverages. In 2021, we included the changes from the Alcohol Act in this code. Through internal communication, we have ensured that all Dutch colleagues are aware of the change. To ensure that all new and existing colleagues stay abreast of developments regarding the responsible advertising code, we organise a STIVA training course every other year. This will take place again in 2022.

In the various countries where we operate, we work both independently and with other brewers on the topic of responsible drinking. It feels that we have a joint responsibility in making consumers realise that there are good alternatives to alcoholic beers. After all, there is a reason why the range of non-alcoholic beers has been developing so rapidly in recent years. It is important to convince people with the right information so that they themselves will make a responsible choice. By doing this as a sector our impact will be greater.

Every market we operate in is different. As a result, our approach to responsible drinking varies per country. The offering of non-alcoholic beer in the Netherlands has already grown substantially, where in Belgium it is just starting to emerge. For this reason we make certain choices; for example, we initially introduced Cornet Alcohol-free only to the Netherlands and not to its home country of Belgium. We will definitely continue innovating and will respond to the market with these innovations based on the need for it.

In Italy, we see a strong focus on the communication around Bavaria 0.0% IPA during sporting events and on social media. Bavaria 0.0% is also increasingly appearing in trade brochures. We also focus on sports in England; we sponsor the Derby County “’under 23” team with Bavaria 0.0%, in order to increase the visibility of this non-alcoholic beer in and around the stadium.

In both Belgium and the Netherlands we are part of a sector association. In Belgium, this means that we participate in the BOB campaign with Estaminet 0.0%, Palm 0.0% and Cornet Alcohol-free. In the Netherlands, we also participate in the BOB campaign to prevent drunk driving. In addition, we focus on the follow-up and preparation of the agreements from the National Prevention Agreement, only advertise 0.0% in new collaborations with amateur sports clubs and actively promote non-alcoholic beer at large sports clubs and student associations. In our “Beer Bosses” training for Dutch on-trade business partners, we begin with information on responsible drinking as standard. Bavaria 0.0% IPA is part of this tasting. In marketing we also focus on 0.0%; in 2022 we expect to spend 50-60% of our total marketing budget on 0.0% related campaigns. The share of total marketing for the Bavaria brand outside the Netherlands (BU export/BU Italy/BU France) on non-alcoholic beverages (0.0 beers and malt beverages) is 73%.

In Ethiopia, there is still a long way to go. However, the CEO of Habesha did sign the implementation guideline of the responsible drinking policy in 2021. Through various channels, such as e-mail and WhatsApp, we work on raising internal awareness regarding “don’t drink and drive” across the brewery and amongst employees. In addition, there are alcohol tests for drivers, forklift operators and brewery employees to combat alcohol in traffic. With support from the Addis Ababa Road Traffic Authority, the goal is to introduce these alcohol tests to Habesha’s head office and field staff as well.